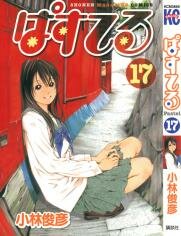 From Del Rey: Poor Mugi Tadano! The sixteen-year-old is heartbroken after his girlfriend moves away. To ease his troubled state, Mugi takes a summer job at his friend Kazuki's beachside snack bar/hotel on a tropical island. It seems like the perfect plan-until Kazuki sets Mugi up on a date with Yuu, who's supposed to be, well, a little less than perfect. When Yuu arrives, however, she's not the monster that either of the boys had imagined. In fact, Yuu is about the cutest person that Mugi has ever seen. But after Mugi accidentally walks in on Yuu in the bath, the girl is steamed. When trying to apologize the next day, he discovers that Yuu has left the shores of paradise.

Pastel is licensed in the United States by Kodansha Del Rey . Please support the authors and publishers that bring these great titles to us by buying the official books.